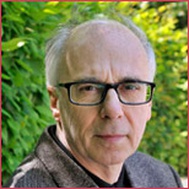 A graduate of the Ecole Normale Supérieure, he devoted his academic career to the launch of synthesis biology. He then continued his scientific activities by founding biotechnology companies.

The modification of the micro-organisms in their chemical constitution is the guide of the work carried out by Philippe Marlière, first at the Pasteur Institute, then from 1999 in collaboration with the French sequencing center, Genoscope, with Genopole, and within the companies he subsequently founded. He is Research Director of the Institute of Systemic and Synthetic Biology (iSSB) of Genopole since 2009.
In a manifesto of xenobiology published in 2009, he promotes the artificiality of synthetic forms of life as a means of understanding and preserving natural ecosystems.
Together with the groups of Phil Holliger (Medical Research Council, Cambridge), Vitor Pinheiro (University College London) and Piet Herdewijn (Catholic University of Louvain), he develops xenonucleic acids with the aim of deploying them in vivo in the form of artificial plasmids, whose hybridization with the natural support of heredity, DNA, is chemically excluded. The proliferation of the information carried by these molecules would thus be quantitatively controlled by the addition of synthetic precursors of xenonucleic acids.
Philippe Marlière also designed the first line of the bacterium Escherichia coli with a chromosome whose chemical composition differs from that of all living beings, the thymine being replaced by an analogue, chlorouracil.